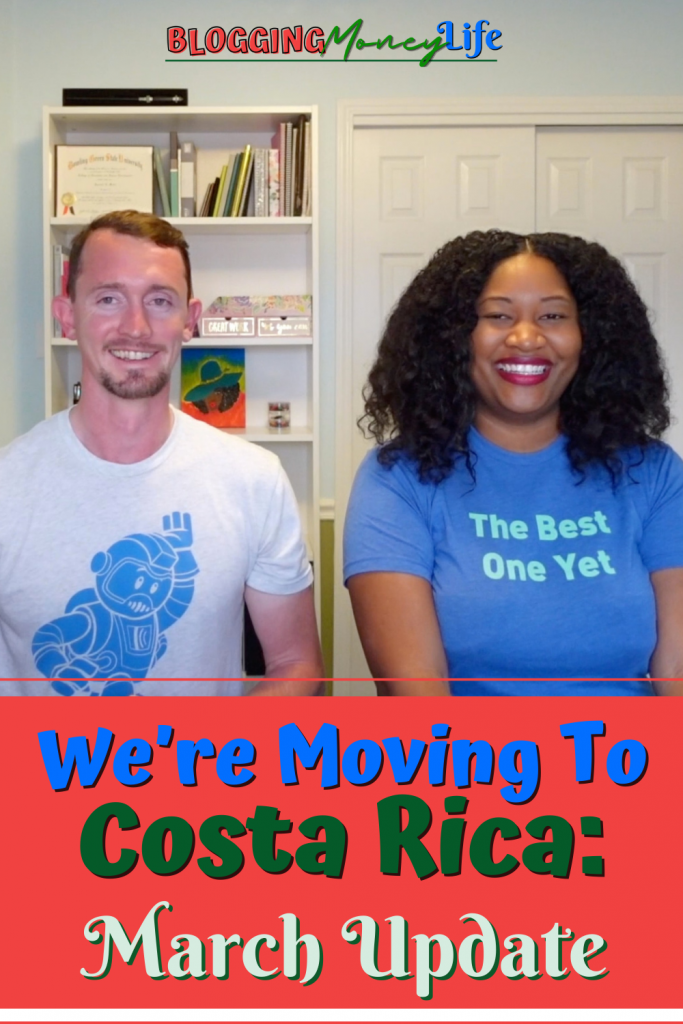 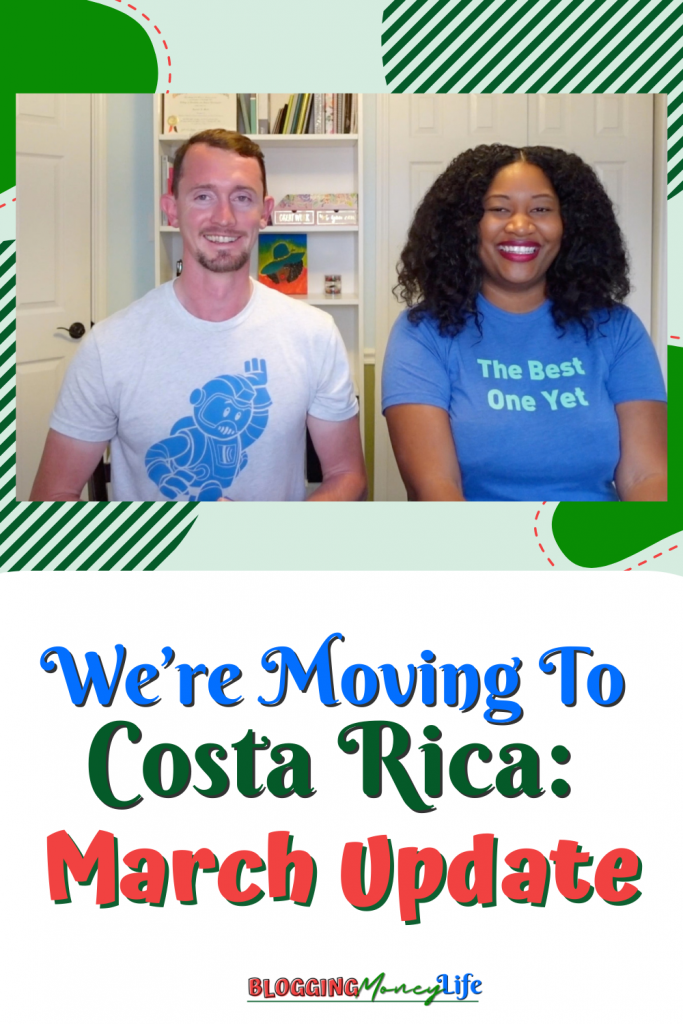 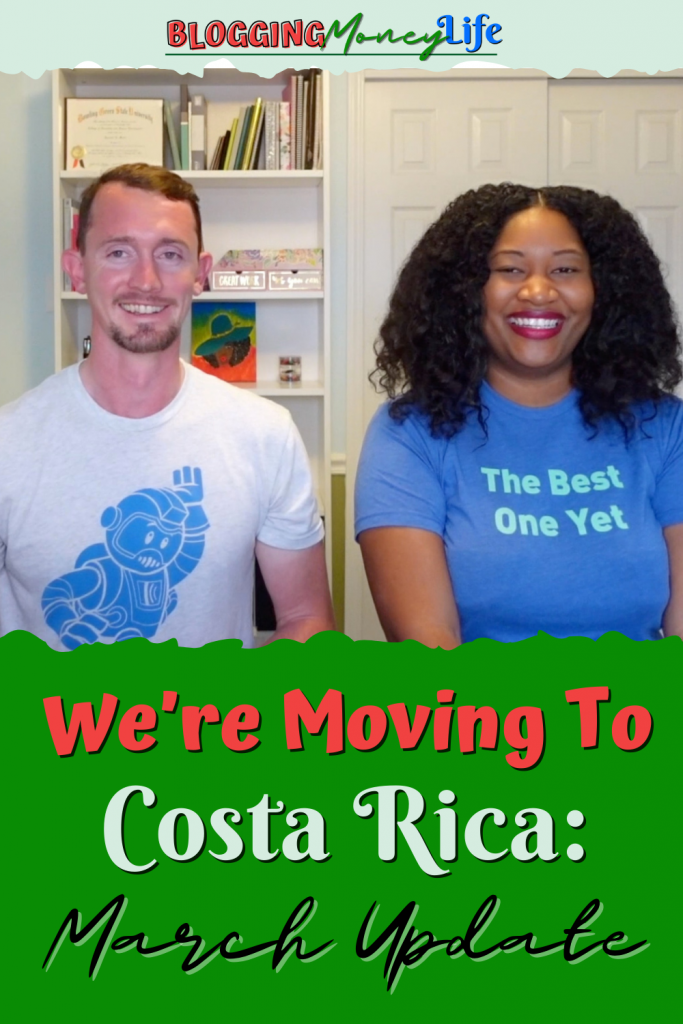 In May of 2020, we started thinking about what it would look like to move abroad and what it would take. As the weeks went by, that conversation started getting a little more serious. We started making steps towards that direction of moving outside of the United States.

One of the first steps we did is put together a list of what we wanted our life to look like outside the United States. Wherever we move, wherever our new home is, what that new home had to offer us.

We don’t want to give up any rights that we already have as United States citizens, so we’re looking for some sort of democracy.

2. That state needs to be US Expat community friendly

3. We want an economic system that is friendly to entrepreneurs

They have to be accepting of interracial relationships. We need a place where we can feel safe as individuals, as a couple, and a safe place to start a family.

This is a big-ticket item on our list. We believe that all citizens should have access to quality medical services.

We are pretty environmentally conscious people, and we’re looking for a community that is also that way. We rely on mother nature to take care of us, so we have to take care of her in turn. That’s just how it works.

7. Great weather, a warm climate, and a beautiful coastline

Now, I know there’s an argument that we can find that in the United States on the west coast, but unfortunately, California is super expensive. It’s not in our budget to move to the west coast and live on the beach. We’re looking for that package in a country where we can live affordably on the beach towns.

As of now, we both speak one language. It’s English. We want to move to a country that has English in the top two spoken languages. It doesn’t have to be the number one spoken language but just a second language.

That’s also a pretty obvious reason. We only speak English right now. We plan to learn other languages, but we need to have a good footing, a place to start, right? So, English is a requirement for us.

After we put that list together, we narrowed it down to two countries, beautiful New Zealand and Costa Rica. Costa Rica ended up winning out for three specific reasons.

Proximity to the United States

You can get there in as little as three hours or 300 bucks flying from the United States. That just makes it easy to travel back and forth to the States for us.

Costa Rica is in the central time zone, which is awesome because it will make it easy for us to keep up with our family and friends and work digitally through the United States. That’s huge.

Once we had that long list of things that we do want in Costa Rica, it was time to start making a plan to actually get there. At this point, I think we’re a little overwhelmed.

With this in mind, we know we need to get help. That’s pretty much one of the first things we did. We reached out to a Costa Rica expat consultant named Sarah Elena.

We’ve been working with her ever since. Sarah Elena does is she pretty much makes that transition from moving from your home country to Costa Rica as smoothly as possible. She has helped us already in several ways in just a short window of time that we’ve worked with her, just a few months.

A few things that Sarah Elena has done that have been incredibly helpful is just being a good source of information, number one. She actually has a course that she gives to all the people that she works with that shows you step by step how to go from moving from your country to Costa Rica. I mean, she has everything from getting your pets there, paperwork that you need to get together, how to move, figuring out a budget.

Several different resources are just beneficial. She helps us decide where we want to start living because we think Costa Rica is just beautiful. We researched several cities and places and couldn’t figure out which one we like more. But after talking to her, we finally decided on a place where we are going to start in Playa Hermosa, a small key town outside of Jaco.

She helped us with that. She also helped the development budget so that we know what kind of lifestyle we can have. And also, come with one that’s reasonable for what we’re trying to do in Costa Rica. One of the most important things she’s probably done up to this point is to connect us to our residency lawyer, Andreas.

Andreas has been accommodating because he helped us on our home side. He helped with what you need to do to get your paperwork together to become a permanent resident in Costa Rica. The first thing we had to do was get our birth certificate, our marriage certificate, and federal background checks apostille.

We’ve never heard that term before. I know we didn’t get it before this conversation with Andreas. It pretty much means getting it authenticated or notarized, but it’s just a specific way you have to have it done for Costa Rica.

It took us three months to get this paperwork apostille because the federal background check is quite a long time to get completed just because it had to be sent all the way to DC. In contrast, our marriage certificate only took a couple of weeks.

Everything was backed up with COVID. COVID played a big role as to why it was slower. Typically, many of these places you can walk in to get this paperwork completed, but that is no longer an option for most of these places because of COVID.

So, yes, snail mail for that whole process. The good news is now that we have received all of our apostilles back in the mail, which means that we can move on to the next step with our paperwork.

How to become a permanent resident

A requirement for that is that you invest $200,000 into a business or into a piece of property. The next one that applied to us is called Rentista Residency. The requirement is to guarantee $2500 worth of income for yourself for the next two years.

The income from a job that you are currently working is not applicable. We’re doing this. We’re guaranteeing that income by putting $60,000 into a certificate of deposit in the United States that pays out to the bank account that we have inside Costa Rica.

It pays up to $2500 monthly for two years. Andreas is helping us get all that set up. He’s talking to our banks. He’s helping us put the paperwork together, and he is putting it all in one package, submitting that with our residency packet.

Off to a good start

After meeting with Sarah and Andreas last time, we were able to take a step back and look at everything we accomplished. We looked at what there still is to do and set a timeline for ourselves when we’ll actually be heading to Costa Rica. The day we came up with is June 2021, which is less than four months.

Just under four months from now. There’s a lot of work to be done in a little bit of time. Some of those things that we’ll be doing are selling our investment properties, selling everything we have in our 1500 square foot home because we want to travel light.

It’s a lot less expensive to travel light. We’re getting rid of everything. That includes our personal home, our cars, etc. We plan to cancel subscriptions and close accounts that we don’t use.

We can knock off our to-do list outside of the big work that we completed because we’ve sold one of our real estate investment properties. We did that a couple of weeks ago. We’re super excited about it: one down, two more properties to go.

We’re off to a good start, but there’s more to come. That’s our update for this month. We will have another update for you all next month as far as where we are with our process of moving to Costa Rica.

Hey, ya'll! Chris and Jas, here. It's a pleasure to meet you. We're a couple of US expats living our best lives in beautiful Costa Rica.

Latest On The Blog

Ready to grow your blog so you can start living life? Join us on our journey.

Wondering what lead page builder tool to use? In t

We're moving to Costa Rica! This is the 3rd episod

What is your blog missing when compared to all the

With this moving to Costa Rica series, each month,

What can we learn from blogging? Jasmine, the foun

Jas and I visit our favorite Costa Rica beach, Man