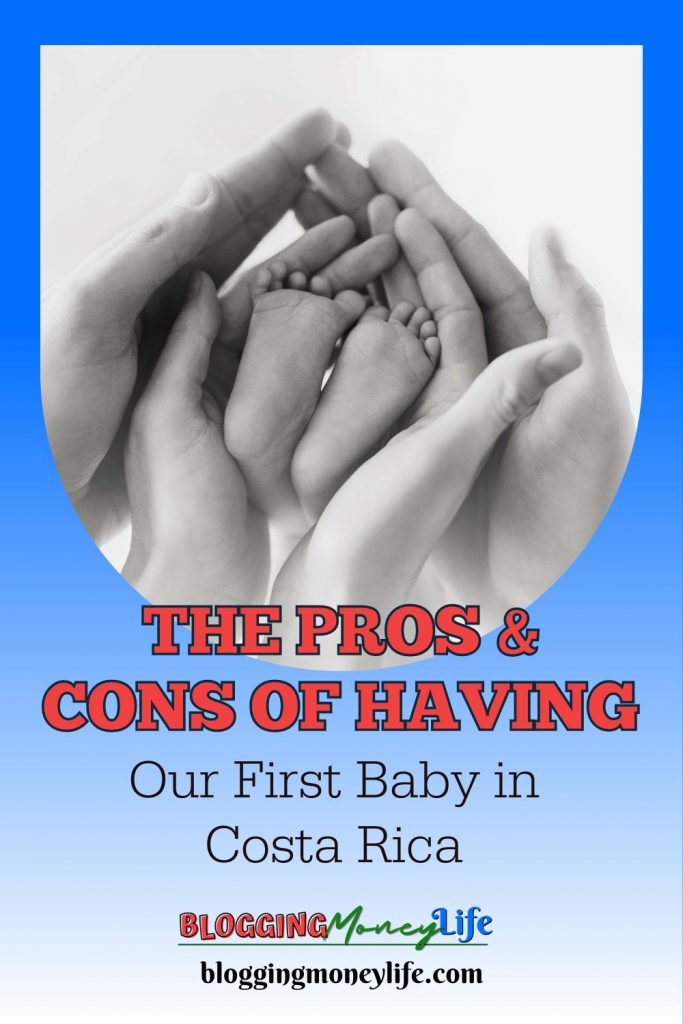 In August 2021, Chris and I uprooted and relocated to Costa Rica. We’ve been adjusting to our new life in this place for the last eleven months, and it feels like we’ve been spending most of that time getting ready for the birth of baby Luca, and we wanted to share our experience about it. Now, I want to share our birth experience as foreigners having a baby in Costa Rica so that you can get a sense of what it was like for us.

When you are expecting your first child, everything is new for you. You do not know about many things related to newborns, especially if you are moving to another country.

I knew that having a doula by our side would be one of the things I wanted for our newborn. Doulas are delivery assistants, in case you did not know. I found out that doulas also served as educators, and that was what piqued my interest in them.

We were fortunate enough to find a wonderful doula referral from an overseas couple expecting around the same time as us.

Before Luca’s birth, we had the opportunity to meet with them numerous times, during which they provided us with priceless information and guidance. This included, but was not limited to, how to breastfeed, change a diaper, what baby equipment we already had, and what we still needed.

On top of that, it still included relieving a fussy infant by using familiar hand gestures and simple sound procedures. I remember them saying something about how important it is for the newborn to receive colostrum immediately following birth and how we shouldn’t start them on formula until after they’ve had an opportunity to breastfeed for an hour. This made a lot of sense to us, and we hired a doula.

I was exploring the San Jose area with my mom to locate all the baby stores and determine which items we would need to import from the United States and which we might buy in Costa Rica. The most popular and extensive baby goods retailer is Baby Munda, but there are also many luxury boutiques in the area.

Many of our local friends tell us that they still shop in the United States for baby goods, despite having lived in this country for decades. They still make the most of their visits to the United States to stock up on baby essentials, as these items are significantly cheaper there.

Some of the things that I had my family bring to us were:

You can check them out on Amazon!

Costa Rica offers full-time, paid maternity leave to its citizens and residents, which we thought was a nice aspect of the country. Therefore, anything you receive from your job will be covered in full.

The Costa Rican social security system pays for half of your leave, while your company is liable for the other half. Additionally, you receive four months of paid leave. Hence one month before the birth and three months following. But since we are not yet permanent residents, it did not apply to us.

The first thing we did when we learned we were expecting was to discuss our options for obtaining medical care, including whether to utilize the local public healthcare system or pay for private healthcare. Since we still hadn’t mastered Spanish very well, we opted for the privacy of a private one since we knew we’d have a better chance of communicating with someone who spoke English.

We hoped to start our family in a private hospital in San Jose. Given that we had heard that the most reputable private hospitals were located there. After meeting with our doctor, he told us that we could have the baby at either Cima or Clinica Biblica and that the costs for a c – sections at either facility are very similar.

However, ultimately, we opted for hospital Cima because their quote was more comprehensive and convenient. We’re located in Escazu, and from there, it’s only a quick five-minute drive to Cima.

It costs almost $3000 for private healthcare in costa Rica which was more than expected. It was because of the use of a ventilator and CPAP machine after delivery. But I paid what was quoted in the initial documents, it already includes all these facilities.

Our private room was quite large and clean. They provided us with every possible facility.

Experiencing C- Section was expected because I know that I have uterine fibroids, so I cannot go for a natural birth. But before my due date for C-sections, I had started contractions a few weeks before the appointment. I went to my doctor, who rescheduled my C-section date to avoid complications. So I had an emergency c-section at 5 am.

The scheduled time for the C-section was 5 a.m. The average hospital stay for births in Costa Rica is one day, so we checked into Cima, and the nurse showed us to our room.

She instructed us to make ourselves comfortable, eat, and return to sleep, so we did just that. We fell asleep, and the next thing we knew, they were waking us up at 4 a.m. to prepare for the surgery.  Usually, a c-section takes two hours, but Luca was born within the first hour.

Because Luca was born several weeks early and the delivery was through c – sections, he was diagnosed with a wet lung ( amniotic fluid in it). This condition is highly frequent in children born via cesarean section.

Since of this condition, Luca had to be on a ventilator for 10 hours after his delivery because his lungs still contained some of the amniotic fluid they had been exposed to in the womb. He was also on a CPAP machine for a few hours.

When the nurses began to try to feed him formula, I started pumping colostrum so we could continue feeding him breastmilk instead. The nurses brought Luca to the room, and finally, we met our newborn. Then Chris went to pay the bill.

Once we returned to the house, we scheduled a visit from the doulas the following morning.

Since Luca was born a little early, she assisted me with latching to ensure he was latching appropriately for nursing and getting enough milk.

As Luca was born earlier, doulas teach us how to feed him through syringes. We also sent pictures of Luca’s poop color from diapers to ensure he is eating well. During one visit, Doula said that Luca’s eyes and skin complexion turned yellow, so we should keep him in the sunlight and ask our pediatrician because it is a sign of increased bilirubin and jaundice.

Later, when we took Luca for his first screening, it was diagnosed that he had raised bilirubin levels. We asked our pediatrician about it. They suggested that Luca needed blue light therapy.

We did not go to the Cima because it would cost us another thousand dollars. We went to the children’s hospital where everything was free for him because he is a Tico, i.e., born in Costa Rica.

Although language was a major barrier for us because we did not know Spanish. Our pediatrician wrote a note to ensure Luca got the care he needed. They kept him in blue light therapy for 36 hours. And next day, he was discharged, and we took him home.

We are now enjoying our parenthood. To be honest, we are so lucky. Luca is a well-behaved infant; he eats and poops at the appropriate times. Early visits to the pediatrician, which were first every two weeks, have become usual.

All of our health care is paid for out of pocket, so we started with once-a-month visits, then twice-a-month visits, and now we’re at twice-yearly visits. We are using the Costa Rican public health care system to obtain Lucas’s vaccines because we do not have any insurance covering us there.

The benefit of having him born in Costa Rica is that his natural-born citizenship puts us in a better position to obtain permanent residency in Costa Rica.

Unlike the rentista route to citizenship that we had planned on taking, which would take at least three years, this one should only take us a few months, if not a few weeks, to secure permanent residency.

We’ve filed the necessary documents with our attorney. Now we’re waiting for a response as we seek to secure Luca’s documentation for United States citizenship, including a social security card and passport.

We plan to go out to different countries with Luca, but we require a letter from his doctor and his birth certificate before he can leave the country. We have two visitors now and expect more to come and meet us soon.

Now my husband is asking me to hire a nanny for Luca. Because I am working from home. We met with a nanny named Annie, who speaks two languages. So we think it will benefit Luca and us to hire her as she speaks Spanish well.

Moving to Costa Rica was tough, but it was worth it. No doubt we have to face some challenges due to language issues, but now we are getting used to it. And staying here with our little one is a great feeling.

Too long, didn’t read? Check out our video that details our experience of having a baby in Costa Rica as ex-pats here!